This must be read by every parent 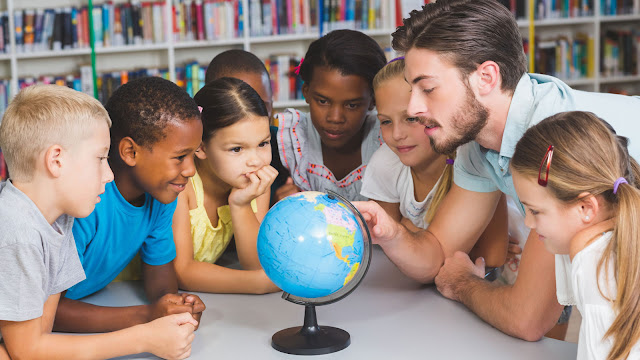 Seeing your child jump out of bed every morning when the alarm clock goes off – impatient to go back to school. It happened to me last school year when my son Tim (10) was with schoolmaster Peter in his fifth year.

In the past, it used to be a different story. When I think back to the days when my daughter was young. Every morning was a battle.

What makes master Peter so special? What does he do so that even former pupils still speak about him, thirty years later? Why do almost all children cry when they have to say goodbye to him at the end of the school year?

I would like to share with you my surprising insights and how amazingly closely his approach fits in with our business world.

1. Have a single mission

“Ensuring that every child likes to go to school.” That was the reason for schoolmaster Peter to opt for education. Everything he does or every initiative he takes contributes to this mission. He wants to create as many positive and unforgettable moments as possible together for his pupils.

2. Firmly belief everyone has talents

This belief is why he wants to do everything he can to bring the talents of every child to the surface and to develop them further. This is his absolute priority and is more important to him than achieving top scores.

For example, he organises a musical every year in which all pupils are invited to show their talents by singing, dancing, acting and being creative. If there’s one thing that master Peter’s students will never forget, it’s the musical. So beautiful to see how children blossom during the musical and how talents emerge that nobody knew they had.

What are you doing to encourage your employees or colleagues to bring their talents to the fore?

Schoolmaster Peter wants to bring out the best in his pupils and does this by focusing on the positive. He understands the art of giving every student the feeling that he or she is the most important person on earth. He constantly expresses his amazement at them, and encourages them to keep pushing their limits. If children do something that hurts him emotionally, he will also show this by showing himself to be vulnerable.

How many times do you give a compliment when someone from your area does something right?

4. Break the script every now and then

What makes it very difficult for master Peter is the overload of administration he is confronted with. That sucks a lot of energy away from him. The lack of trust between the government, teachers and parents also means that he will think ten times as much before taking the initiative. All of this makes a teacher’s job mentally very demanding.

He will always give priority to the wellbeing of the pupil and less to reporting on his lessons down to the smallest detail, even if this is expected of him.

Sometimes he also breaks the script and chooses to go out with his students – if he notices that they are mentally tired – instead of filling their heads even more with teaching material because this is prescribed by law. “Let a child be a child” is his slogan. At the end of the school year, for example, he went swimming with his pupils and they sailed down the Dijle river instead of teaching the last few days.

In order to achieve all this, he invests every day in his physical and mental health, so that he can give the best of himself in the classroom. He also regularly stands up at 4:30 am to prepare funny initiatives and to ensure that he can master his other tasks.

Do you sometimes break your script to create a special moment of connection in the organisation you work in instead of hiding behind your computer? Do you also consciously invest every day in your physical and mental health so that you can give the best of yourself every day?

5. Be guided by your compass

In order to accomplish his mission, master Peter works with a compass so that he continues to generate the necessary positive energy even in difficult times. Because even after 34 years in education, he occasionally doubts himself. His compass is formed by his personal values and his mission.

It is through the positive energy and love he receives from his disciples that he feels deep in his heart that he is doing a good job. Because often he only hears when something goes wrong.

Do you have a value compass to navigate your life? Do you also mention the good things about someone or do you only focus on the things that go wrong?

As I wrote this blog, I often felt a sense of happiness and sadness flowing through me at the same time.

Happiness because I am grateful that my son has master Peter as a teacher in his fifth and sixth year of primary school.

Happiness because in this chaotic world there are still such people as schoolmaster Peter. He is an example of someone who has followed his vocation by working every day to bring out the best in our children.  Thus, when our children grow up later, they will in turn be able to promote the right values and make a positive difference in this challenging world.

Happiness because I myself have grown into a happy, healthy and enterprising woman thanks to my mathematics teacher, Miss Sys.

Sad because I realize that both in education and in our business world there is a great need for people like master Peter. People with a mission, people with the right values, people who are mainly guided by their hearts and who continue to invest in themselves. People who occasionally dare to break the script.

Thank you master Peter and thank you to all the teachers for dedicating yourself every day and for giving the best of yourself. It is also thanks to you that our children will later grow into wise and loving people.

My appeal to you who reads this blog: I would like to invite you to express a word of thanks (orally or in writing) at the end of this school year to someone who has made a difference for you.

Get a free quote in two hours